October 18, 2017: Richard Branson and his Virgin Group have invested in Hyperloop One – the world’s most revolutionary train service.

As part of the partnership, Branson will join the board of the California startup, which will be renamed Virgin Hyperloop One in the coming months, according to a joint statement.

Virgin Hyperloop One will be all-electric and the team is working on ensuing it is a responsible and sustainable form of transport too. 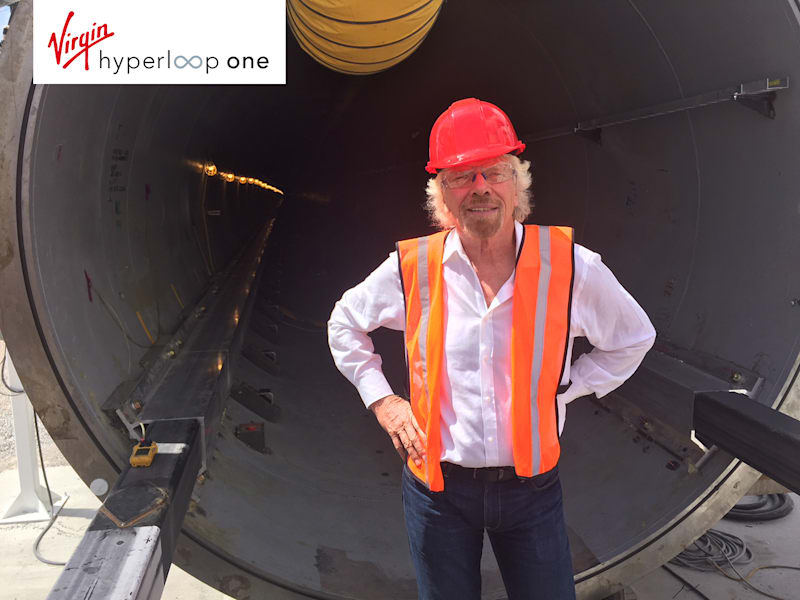 “Our global strategic partnership will focus on passenger and mixed-use cargo service, in addition to the creation of a new passenger division. Virgin will not be the only operator. We will work with a variety of operators globally, as selected by customers,” mentioned Hyperloop One through a statement on its website.

“With Virgin Hyperloop One, passengers and cargo will be loaded into a pod, and accelerate gradually via electric propulsion through a low-pressure tube. The pod quickly lifts above the track using magnetic levitation and glides at airline speeds for long distances due to ultra-low aerodynamic drag. We’re incredibly excited about the technology behind Virgin Hyperloop One and the way it could transform passengers’ lives,” explains Branson through his blog post on the new partnership.

“As ever, the team behind the business is just as important as the product. I love to invest in people, not just technology. We’re pleased to be working with the co-founders, executive chairman Shervin Pishevar and president of Engineering Josh Giegel, who previously worked at Virgin Galactic, and their experienced executive team.”

The technology for Hyperloop One is currently in the early stages of the commercialisation phase after the successful completion of the world's first full scale hyperloop systems test at their DevLoop site outside Las Vegas.

The total ‘DevLoop’ tube length is 500 metres and the tube’s diameter is 3.3 metres. The maximum length of propulsion segment used is 300 metres, with an advanced proprietary levitation system throughout the DevLoop Tube. Projected journey times in the UK include Edinburgh to London in 50 minutes.