The EIT Digital-supported innovation activity Last Mile Autonomous Delivery (LMAD) has developed a software platform to operate multiple types of autonomous delivery robots (ADRs). After operating the solution at Nokia's Paris-Saclay campus in France, the LMAD startup, which has been incorporated to commercialise the solution, has recently successfully operated it in Finland.

In August, a pilot was run at Aalto University Campus, a parkland-style area at the core of Espoo’s Otaniemi district home to several high-tech companies, the school’s buildings and a student village with more than 4,000 residents. The local K-Market Otaniemi grocery store offered its customers the option of ordering their groceries online and having them delivered by means of LMAD’s autonomous vehicle. In times of a pandemic, this option perfectly met the safety needs of the customers.

“I believe that the more options the customers have, the better. With the robot, we have been giving customers one additional option to receive the goods for themselves, without as much human interaction as there might be when doing the traditional delivery,” the owner of K-Market Otaniemi, Aleksi Tapani, says. 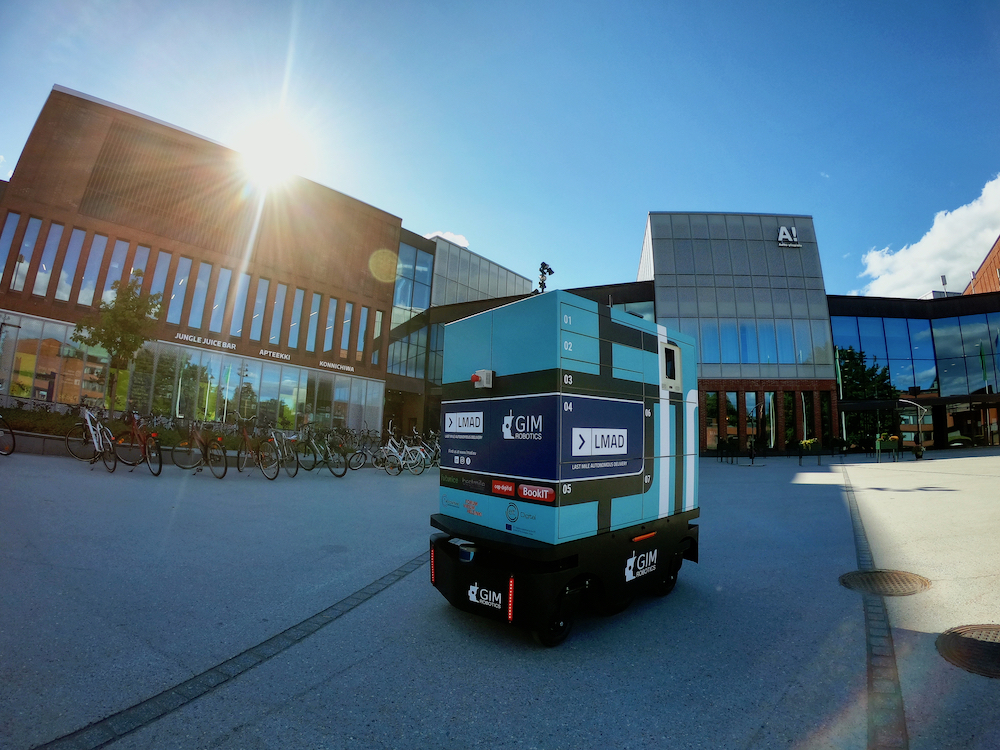 Home deliveries are set to grow, as more and more people become aware of how time-consuming going to a physical store can be, and how much easier it is to order some goods online and wait for them at home. Meeting customers’ expectations, however, does not play out in terms of margins, as part of the cost of the delivery is absorbed by merchants.

“The question is how to make last-mile delivery profitable. Automatization and robotics can be part of the solution, that's why I was keen on getting in this pilot and seeing what it would bring,” Tapani says.

The experiment was successful, so much that K-Market Otaniemi decided to take part in the next LMAD operation, which will take place in October. In addition to that, LMAD will be deploying a full delivery service at Nokia’s campus in the outskirts of Paris by the end of the year, another test drive of the platform in Finland in November with additional new pilots being planned elsewhere, to test the platform with robots made by various manufacturers.

“So far, we have been using robots made by our partner GIM Robotics, but we will soon operate an ADR produced by the French manufacturer TwinswHeel, which is also part of our partner team, and possibly another manufacturer next year. LMAD is an open, flexible platform, that can work with several providers. This is something which differentiates us from potential competitors,” LMAD’s CEO, Jean-Philippe Bellaiche, says.