Hong Kong shuts down as powerful typhoon sweeps past

These are just a few headlines of how natural disasters have brought freight and transportation to a complete standstill over the last couple of years.

When Hurricane Harvey swept through Houston, all major logistics hubs were forced to down shutters. Harvey shut down the Ports of Galveston and Corpus Christi, Houston’s William P. Hobby and Bush airports, thus crippling the entire freight and road transportation network. With America’s oil industry centered in Houston, it also sent significant shockwaves through energy markets. Southwest and United Airlines also bore the brunt of the load as each of their respective hubs in the region shut down for several days.

What followed soon after was Hurricane Irma aiming for Florida. In an all-caps message tweeted Friday (Sept 8) night, the National Weather Center outpost in Key West, Florida said that “THIS IS AS REAL AS IT GETS,” commenting on the gigantic hurricane that was barreling up towards the city. It was now the turn of American Airlines to hold up its operations. By Saturday the airline confirmed that it had no operational aircraft remaining on the ground in Miami. Late on Sunday, the airline announced that it had curbed service and offered waivers to more than 50 airports in the region.

Meanwhile, FedEx temporarily suspended some services in South Florida and geared up to help with recovery wherever Hurricane Irma makes landfall. The Memphis-based shipping company issued a service alert about temporary suspensions of FedEx Express and FedEx Ground services in the Florida Keys and FedEx Freight across South Florida. “Safety is our priority as we implement contingency plans to protect team members and facilities,” FedEx said in a statement released by spokesperson Jim Masilak.

Miami International Airport also kept issuing travel advisories through the crisis – the latest one being that of passenger and cargo flights resuming on a limited basis on September 12 after three days of curfew. 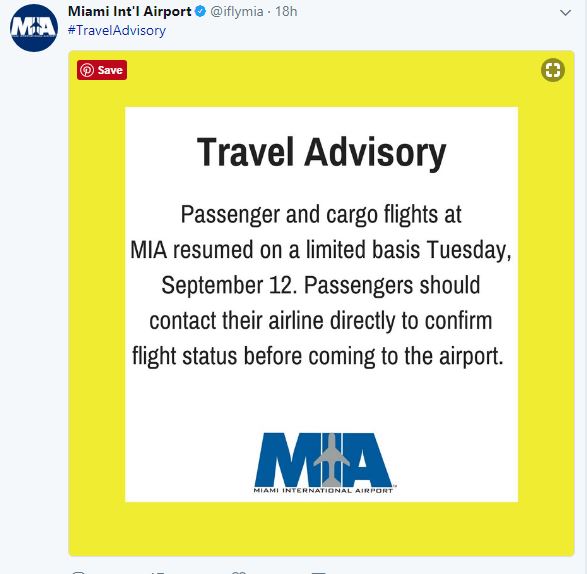 Battling operational challenges, airlines, airports and ports can expect a significant dent on their revenue as aircraft stay grounded, passengers cancel flights and cargo operations get suspended. In an investor presentation last week, United Airlines admitted that it was facing a $400 million shortfall in the next quarter, partially due to cancellations around Hurricane Harvey. Though Miami International Airport was not closed for as long as Houston was, the surrounding airports that the airlines such as American serve may significantly widen those losses.

The case of supply chain meltdowns at times of catastrophes is rampant across the globe.

When Mumbai was thrown out of gear last month when it recorded its heaviest rainfall in more than a decade, the runways at the Mumbai International Airport were intermittently closed throughout the day due to poor visibility, affecting flight schedules as heavy rains lashed the city and its adjoining areas. Delays plagued the airport and sea terminals as yet another global supply chain hub succumbed to torrential weather.

While Hurricane Harvey was making headlines in the West, Typhoon Hato kept the South East Asian part of the globe on high alert. Hong Kong’s airport and port were shutdown and services suspended as the city was battered by heavy rains and winds from maximum category 10 storm Typhoon Hato. More than 400 flights were cancelled as Hong Kong International Airport, the world’s largest international freight hub, remained closed. The Hong Kong port, one of the world’s largest shipping facilities, stopped receiving containers operations were suspended for most of the day. 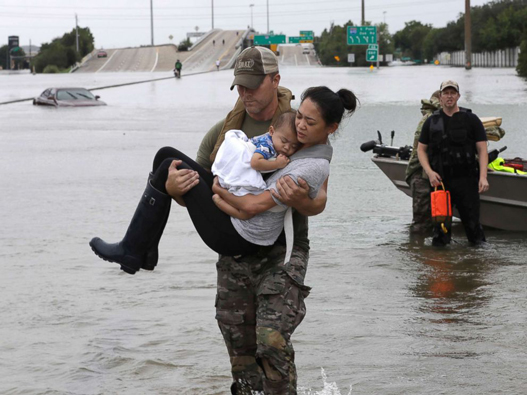 Typhoon Hato caused numerous delays in incoming and outgoing air and freight shipments for Hong Kong. Hong Kong International Airport began to manage backlog of flights that were cancelled and delayed by Typhoon Hato, and the Hong Kong port then resumed operations.

There are a lot of lessons to be learned for the global supply chain over the past few years from disasters, disruptions and high levels of volatility.

“You can’t stop the rain from falling, but you can look for holes in your roof,” Richard Sharpe was quoted in the CSCMP Workshop: Supply Chain Risk Management (SCRM) Not a Matter of If, But When, Competitive Insights October 2013. 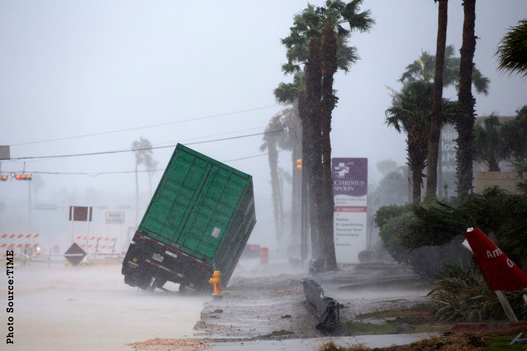 When such disruptions occur, the global supply chain, which is now a closely intertwined web, spreads impact instantly among all the connected parties. Effects cascade across the extended supply chain, and frequently gain intensity as they ripple outward from the epicenter. One thing is clear – the increasing vulnerability of supply chains especially at times of crisis requires a new focus on managing and mitigating risks.

Agility partners with UNHCR to alleviate refugee crisis in Malaysia