Global air cargo volume increases by 2% in the last week

In the fourth week of the year (week 04), worldwide volume increased by 2 per cent compared with the previous week, whilst worldwide capacity increased by 1 per cent.

On a regional level, origin Central and South America did best with a volume increase of 9 per cent week-over-week, while Middle East & South Asia was the only region with a decrease (-1 per cent).

The average worldwide yield/rate in week 04 increased compared with week 03. 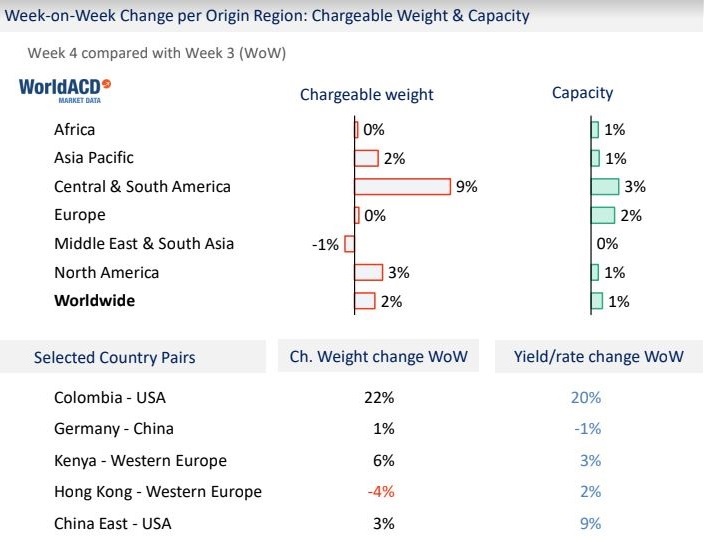