Global air cargo volumes continued to show a ‘gradual but consistent’ month-on-month recovery in July, increasing by 8 percent over June, according to the latest air cargo market analysis by CLIVE Data Services.

The growth in chargeable weight last month – normalised for the fact that July has one more day than June – also helped to further narrow the year-on-year decline in international freight volumes. July 2020’s performance was -20 percent versus the same month a year ago but still reflected an improving monthly trend in the level of air cargo traffic compared to the -26 percent, -31 percent and -37 percent year-on-year gaps in April, May and June 2020 respectively. 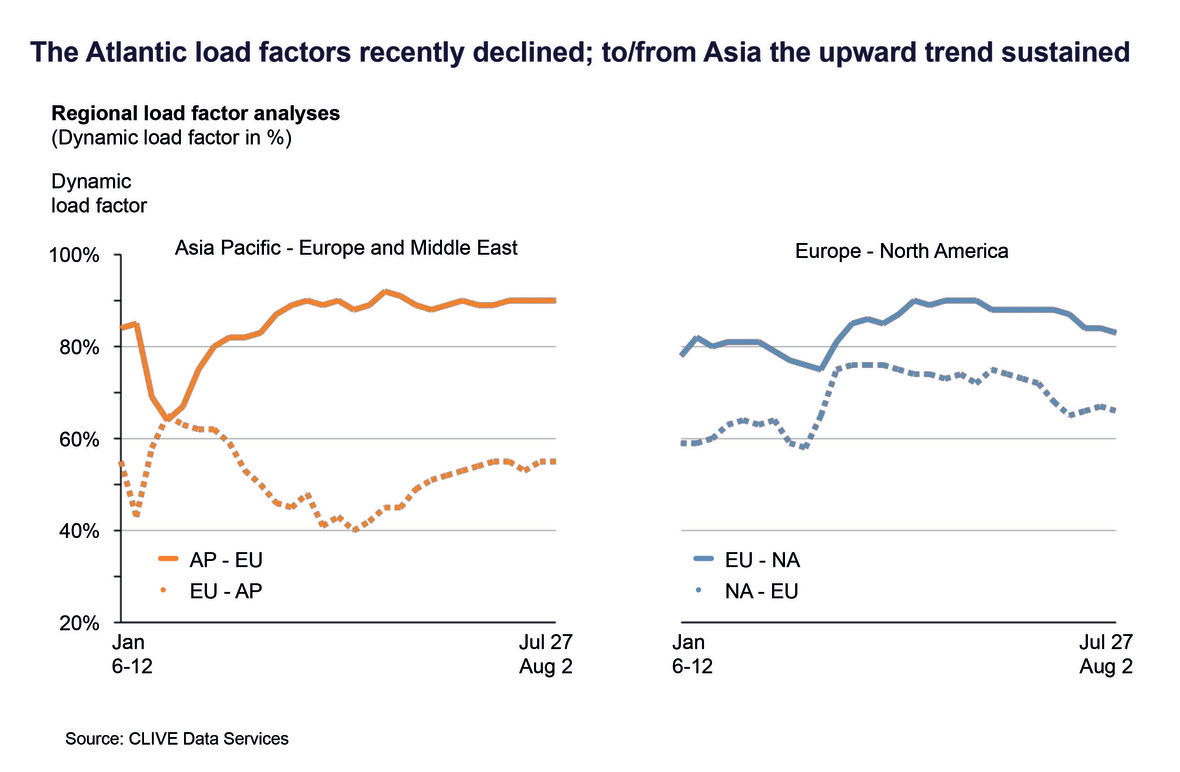 • +10 percentage points on the Asia-Europe and Middle East lane

• Closing of the gap on the Europe and Middle East-Asia lane, -5 percentage points year-on-year but continually getting closer to the market level of 2019 after a seismic fall earlier in the year.

CLIVE’s 'dynamic loadfactor' of 70 percent in July - based on both the volume and weight perspectives of cargo flown and capacity available -represented a minimal decline of 0.6 percent versus June 2020 but was still 8 percent higher year-on-year.

CLIVE Data’s managing director, Niall van de Wouw, said, “Our market analyses for July, especially compared to what we were reporting a few months ago, shows the gradual but consistent climb up the slope to recovery for the air cargo market is continuing. This is obviously no ‘V’ shape recovery, but even as additional capacity comes into the market with the return of more passenger services, cargo volumes are showing some reassuring resilience. To put the 70 percent dynamic loadfactor into perspective, during the Christmas 2018 proper peak season it stood at 68 percent, and now we are in July, normally the doldrums summer period for the air cargo industry.