Renjini Liza Varghese
Globally, industries are taking initiatives to tap into green energy as part of their long-term sustainability strategy. Airlines, airports, supply chain companies, you name the stakeholders in the air cargo value-chain, the number is on the rise.

Finnair is the latest name on the block. They are powering the cool Nordic Cargo hub at Helsinki Airport with solar power. The 1,200 panels installed on the building’s roof will meet over 10 percent of the building’s annual energy consumption. Each panel can produce up to 260 W of energy, and the power output is estimated to be approximately 265 MWh/a.

As per Finnair, the energy generated by the solar panels is transferred directly to the power supply network and used directly in the building. Solar energy is not the only source of energy that the terminal depends on to meet its power needs.

According to Finnair, they are entering the final stages of the massive terminal project consisting of three major phases:
a) Phase 1: Construction of the new facility from June 2015
b) Phase 2: Cargo management system implementation in 2016
c) Phase 3: Warehouse automation integration, testing and training, which also includes the creation of a completely new operational steering model.

Finnair had pumped in a total 80 million Euros for the new cool Nordic Cargo Hub at Helsinki Airport. The new cargo hub is equipped with advanced automation technology and has temperature controlled areas for pharmaceuticals and other perishable products. 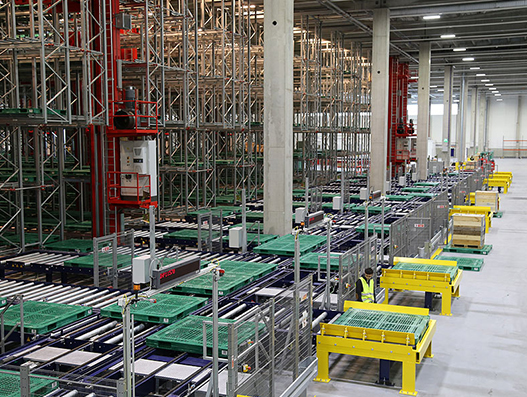 In an interaction with The STAT Trade Times, the airline said, “The perishables area of our new terminal opens for fish shipments in October, and the terminal will be fully operational in January 2018. As we are creating the most modern air cargo terminal concept in the world, we are entering a new territory with enormous potential, and thus it takes time to streamline our processes and ways of working to fit the new environment. When complete, all the elements of the new terminal are designed to provide a superb customer experience.”

Janne Tarvainen, managing director, Finnair Cargo elaborated on the automation system that is being implemented now. “In the new terminal, our cargo management system SkyChain will be connected to the warehouse automation systems and the integration of these systems will provide us with a whole new ecosystem that will enable proactive planning and steering of cargo flows and our resources. It will also allow active monitoring and immediate actions if needed. For example, in the terminal’s dedicated temperature controlled areas featuring ambient monitoring sensors connected to SkyChain to prevent any deviations from shipper’s instructions. In addition, the new warehouse automation and the cargo management system will provide improved reporting capabilities in response to customers’ expectations of supply chain transparency.” 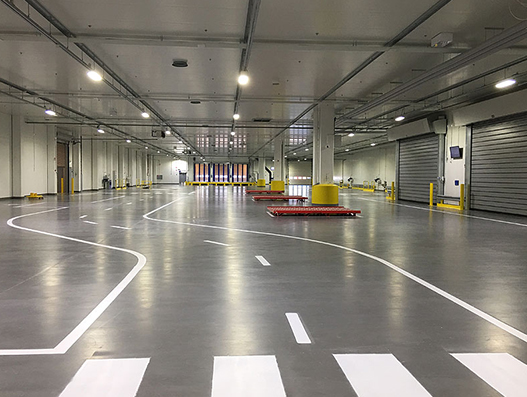 The new terminal boasts off five new elements and one of them, as mentioned earlier, is the sustainability factor. The other four are: a) cool storage features with controlled temperatures ensured for perishable goods such as fish as well as for pharma products separately in their respective 3,000 m2 areas; b) the warehouse automation combined with cargo management system; c) Advanced digitalisation including warehouse app to display information and processes using tablet computers; d) the new COOL Control Centre (CCC) concept that enables one to see everything that is going on from a network point of view.

In line with the airline's commitment to lead the way towards a cleaner, caring and collaborative future, the new terminal and its features are part of Finnair Group’s sustainable development plan with regard to Finnair facilities. It also supports Finnair Group’s overall environmental goals, along with the modern Airbus A350 XWB fleet. 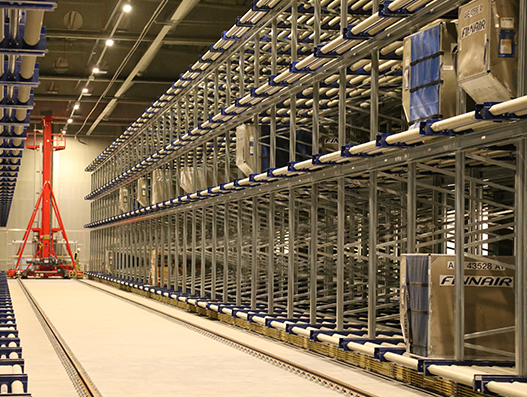 The airline added that “the building itself was constructed following sustainable construction principles. Environmental aspects were also taken into account in planning the future operations models for the terminal. In addition to the 1,200 solar panels installed on the roof of the building, the equipment and functional features of the facilities – ranging from automated lighting to water usage levels and energy consumption of computers – were carefully evaluated.”

The new working models put in place in the terminal contribute not only to operational efficiency but also sustainability goals. For example, the automated forklift guidance will direct each forklift to attend tasks nearest to their location, which will reduce unnecessary driving in the terminal and thus make operations faster while reducing energy consumption too. To make the terminal more energy efficient, the automated ULD storage area will not require any lighting to function and the terminal’s truck loading/unloading points are equipped with doors to minimise temperature impacts and cargo is loaded directly into the terminal building.

Significant thrust has been given in terms of outside operations. The terminal’s location is close to the wide-body aircraft stands, and this will reduce time and tarmac transport distance. The new truck yard management model will bring down unnecessary driving and idle running of trucks delivering or picking up cargo. Maintenance and waste management schedules are also part of the planning to ensure functional and sustainable operations at the terminal.

One of the key features of the cool Nordic Cargo Hub is that CCC will optimise the flow of goods as well as steer the work of the hub. The warehouse automation that will find the nearest storage location for each shipment entering the AS/RS (automated sending/retrieval system) for storing shipments before/after loading to/unloading from ULDs (unit load devices, i.e. containers or pallets). The CCC will monitor the whole Finnair network and ensure that all the three parts of our Helsinki hub – the truck yard, the terminal building and the ramp transport – work in sync.