Boeing recently released a forecast that Africa airlines will require 250 new widebodies, including passenger and cargo models, to support long-haul routes and air freight growth. Approximately 1,030 new airplanes by 2040 valued at $160 billion and aftermarket services will be required such as manufacturing and repair worth $235 billion with an idea to grow economies and air travel across the continent.

Boeing shared the projection as part of the 2021 Commercial Market Outlook (CMO), the company’s long-term assessment of demand for commercial airplanes and services. Africa’s strong, long-term growth prospects for commercial aviation are tied to the continent’s projected 3 percent annual economic growth over the next 20 years, says the official release.

The 2021 Africa CMO also includes these projections through 2040:

Initiatives such as the African Continental Free Trade Area and Single African Air Transport Market are expected to stimulate economic cooperation and trade. 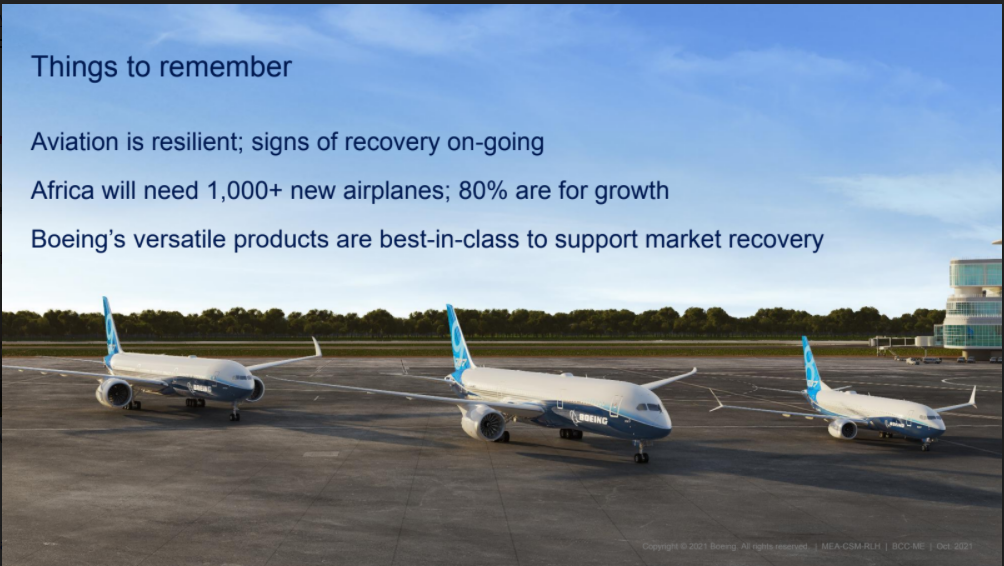 Commercial services opportunities such as supply chain, manufacturing, repair and overhaul are valued at $235 billion.

IAG Cargo to expand team, hire 500 people across board

Group Concorde is the new GSA for TAP Air Portugal

IAG Cargo to expand team, hire 500 people across board