June 20, 2018: Turkish Cargo is carrying 600 tonnes of Turkish cherries to Norway using its A330 type freighters. The carrier will transport Salihli cherries (Bing Cherry) to Oslo by its 10 dedicated (charter) flights during the cherry season.  Such cherries will be put on the market at more than 1600 groceries throughout Norway.

The cherry, growing in cities like Izmir, Manisa, Isparta, Adana, Konya and Kahramanmaras, are cultivated at elevations between 500 and 2500 meters in the uplands of the Toros Mountain and is distinguished among its peers in the world by its flavour, enduring strain and stalk length.

The cherries, grown grandmotherly by the farmers, are picked up from the trees upon ripening, and sorted out as based on their size, assortment and quality.  The cherries, loaded into the air-conditioned vehicles in the form of pallets of five kilograms each, are brought to the Istanbul Ataturk Airport, the operations center of Turkish Cargo, by using trucks.  While all of the enplaning, transportation and deplaning operations for the cherries are accomplished in a period shorter than 6 hours, their air-borne journey to Norway takes about three hours. 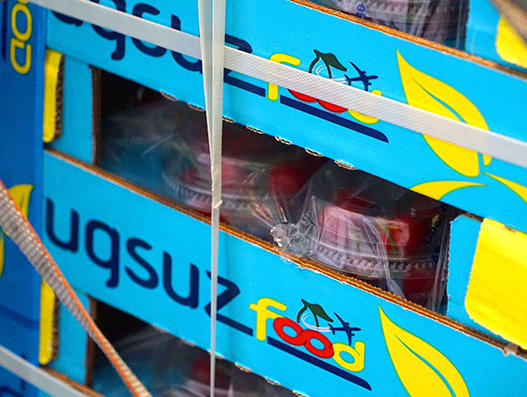 “The most delicious cherries in the world are grown in our lands, and we convey such value of us beyond the borders by Turkish Cargo. In the past, our trucks, carrying our cherries to Norway, would arrive at the region in 6 days. Our cherries would become deprived of their quality and become rotten due to the prolonged shipment time. But now, we have that period reduced to 6 hours, and all of our products are sold in the shelves in Norway within 6 days.  On year-on-year basis, we have not only increased our exportation by 30 percent, but also received demands from 8 new countries,” shared Veysel Tuysuz, an export merchant.

The harvest period for the cherries, which lasts between 20 - 30 days in many countries, continues for 3 months (June, July, August) in Turkey, that is the leader in cherry production in the world due to its geographical location and climate variety.

The operator in a press release said that by virtue of such substantial cooperation it carries out with the cherry producers, Turkish Cargo makes a significant contribution in respect of extended shelf life of the Turkish cherry as well as enabling it to reach new countries. Cherry exportation has experienced a significant increase as compared with the last year, and the demands received from various countries have also started to be met.

Magma Aviation adds one more B747-400F aircraft to its fleet